Since the start of the Project in 2017 we have so far been able to donate $37,000 to the Australian Wader Studies Group (AWSG), a special interest group of BirdLife Australia instigated in 1981 to coordinate and focus studies on shorebirds in Australia and throughout their migration routes in the Asia Pacific.

This was received with much gratitude, and the money has gone toward the satellite tracking of Oriental Pratincoles in Broome, WA. This is exciting because, despite probably being the most numerous shorebird in NW WA, Oriental Pratincoles have never before been satellite tracked and so the breeding grounds of Australian birds has never before been confirmed! The Overwintering Project is supporting ground-breaking research into these wonderful birds to help secure their future.

Although one of the trackers stopped transmitting very early on, the other four birds quickly shed light on their species mysterious habits. All four headed north via Indonesia, and by late March were all in mainland Vietnam, Cambodia or Thailand, inhabiting agricultural land and open grassland habitats. But from there, they chose very divergent strategies, with two staying put, another heading west, and another flying north east.

One of the birds had left Thailand by early April and flown west to a subcoastal site in eastern India, and a or so week later, another had flown in the other direction, to Taiwan, leaving the other birds in Cambodia.

The Indian bird is believed to have successfully bred in Karnataka state, in the country’s South West. It’s the first shorebird known to breed in India and migrate to Australia.

One of the other birds is believed to have bred in Cambodia, near Tonle Sap Lake, while the is assumed to have bred near Phnom Penh. The fourth bird, which flew to Taiwan, apparently stayed there there, though its satellite signals were patchy.

Exciting news is that the three breeding birds all made it home to Australia for the summer! By late December the birds from India and Cambodia had returned, although the Taiwanese bird with the patchy transmission has not yet been seen. Two of the birds returned to WA and the third to the NT.

The importance of following their movements is in finding out exactly where they go. It is only then that researchers can understand their requirements when they’re breeding and while on migration, and identify any conservation issues they may face along the way.


IMAGES: The images above and below were provided by Grace Maglio, and show the Pratincole tagged with leg flag ID, SEP, which made its way from the coastal plains of Eighty Mile Beach to the backwaters of the Almatti Dam in Karnataka, India! 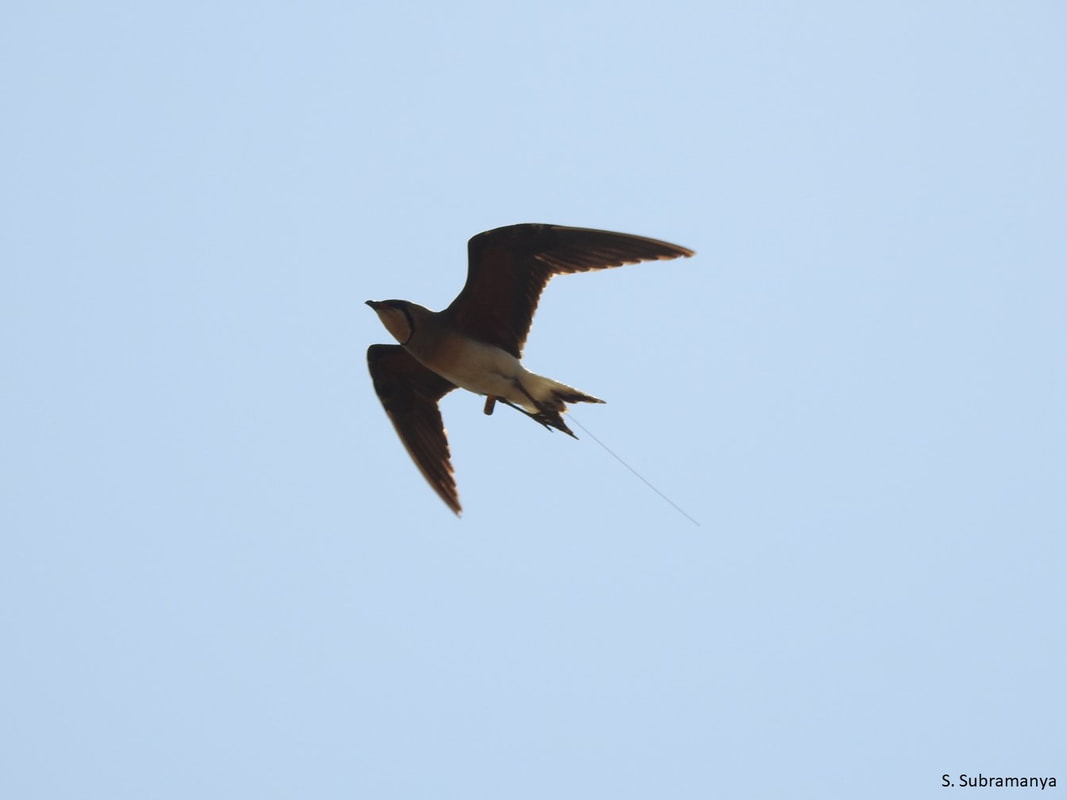