Migratory shorebirds are the little brown birds that you might see out of the corner of your eye as you walk along the beach. With their white and brown patterned plumage, they are perfectly camouflaged by the rocks, seaweed and sand on which they live. Unlike seabirds such as gulls and shearwaters, shorebirds (all of which belong to the same scientific order, Charadriiformes) do not have webbed feet, so are dependent on the tide. They have beaks that are specially adapted to extract crabs and worms from sand or mud, and they follow the tide out daily, searching for food that will eventually help to fuel their long migration to their northern-hemisphere breeding grounds. As the tide comes back in they head toward the higher reaches of the shore to roost and await the next low tide. 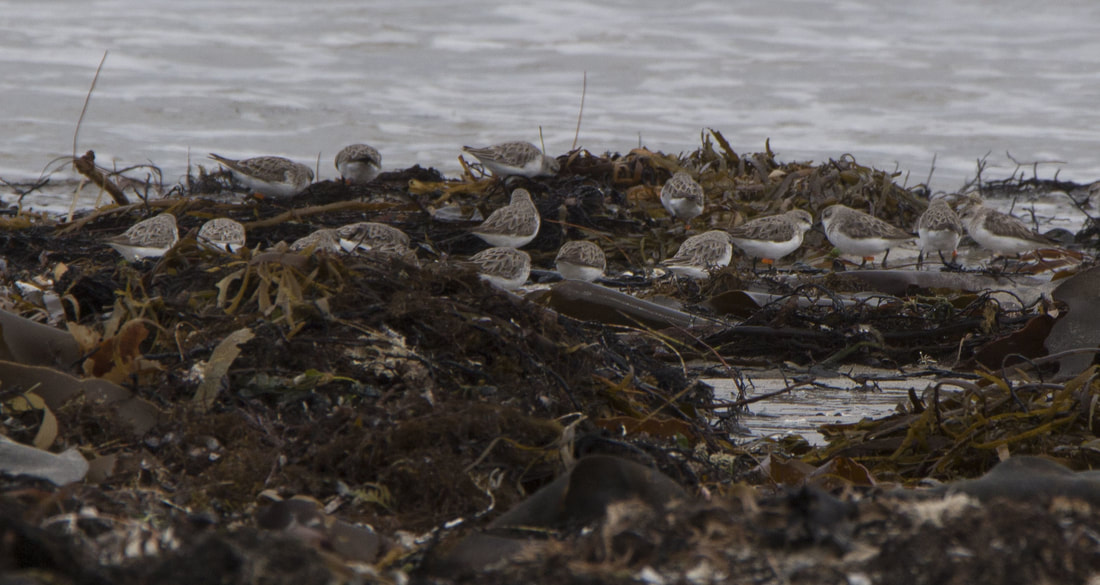 Red-necked Stints, our smallest migratory shorebirds, are well camouflaged in the tide-wrack at Mushroom Reef in Flinders, Victoria.
Photo credit: Julie Milton
​The coastline of Australia and New Zealand is the summer home to 36 species of migratory shorebirds that breed above the Arctic Circle. As many as five million shorebirds leave our shores annually to make the epic 25,000 km round-trip to and from their breeding grounds. During a 20-30 year lifetime, their travels can add up to over 400,000 km. This is further than the distance from the earth to the moon.

They leave Australia in March or April, heading north to breed in Siberia and Alaska through the short tundra summer, returning home in August or September.

The 36 species of shorebirds that make this journey annually from the shores of Australia and New Zealand are: 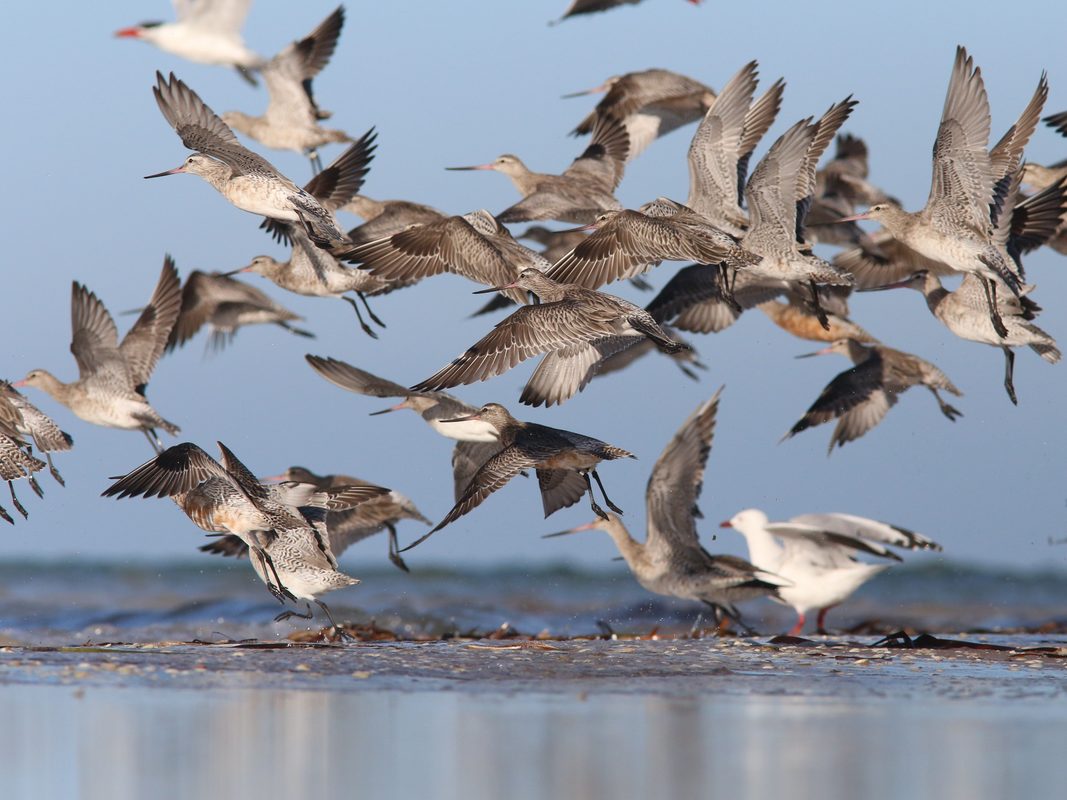