The Ramsar Convention is the only international convention with the purpose of preserving a single type of environment: wetlands. Ramsar is the oldest of the modern global intergovernmental environmental agreements. The treaty was negotiated through the 1960s between countries and non-governmental organizations concerned about the increasing loss and degradation of wetland habitat for migratory waterbirds. It was adopted in, and is named after, the Iranian city of Ramsar in 1971 and came into force in 1975.

Australia was one of the first countries to sign the Ramsar Convention, and in 1974 designated the world's first Wetland of International Importance: Cobourg Peninsula in the Northern Territory. Australia currently has 65 Wetlands of International Importance listed under the Ramsar Convention, covering approximately 8.1 million hectares, an area greater than Scotland or Tasmania.

According to the Convention's website, the Convention's mission is:
​
The Ramsar Convention's broad aims are to halt the worldwide loss of wetlands and to conserve, through wise use and management, those that remain. This requires international cooperation, policy making, capacity building and technology transfer.

What are Ramsar wetlands?

Under the Ramsar Convention, a wide variety of natural and human-made habitat types ranging from rivers to coral reefs can be classified as wetlands. Wetlands include swamps, marshes, billabongs, lakes, salt marshes, mudflats, mangroves, coral reefs, fens, peat bogs, or bodies of water - whether natural or artificial, permanent or temporary. Water within these areas can be static or flowing; fresh, brackish or saline; and can include inland rivers and coastal or marine water to a depth of six metres at low tide. There are even underground wetlands.
​
The Ramsar Convention encourages the designation of sites containing representative, rare or unique wetlands, or wetlands that are important for conserving biological diversity. Once designated, these sites are added to the Convention's List of Wetlands of International Importance and become known as Ramsar sites. In designating a wetland as a Ramsar site, countries agree to establish and oversee a management framework aimed at conserving the wetland and ensuring its wise use. Wise use under the Convention is broadly defined as maintaining the ecological character of a wetland. Wetlands can be included on the List of Wetlands of International Importance because of their ecological, botanical, zoological, limnological or hydrological importance.

For a wetland to be designated to this list it must satisfy one or more of the criteria for identifying wetlands of international importance. 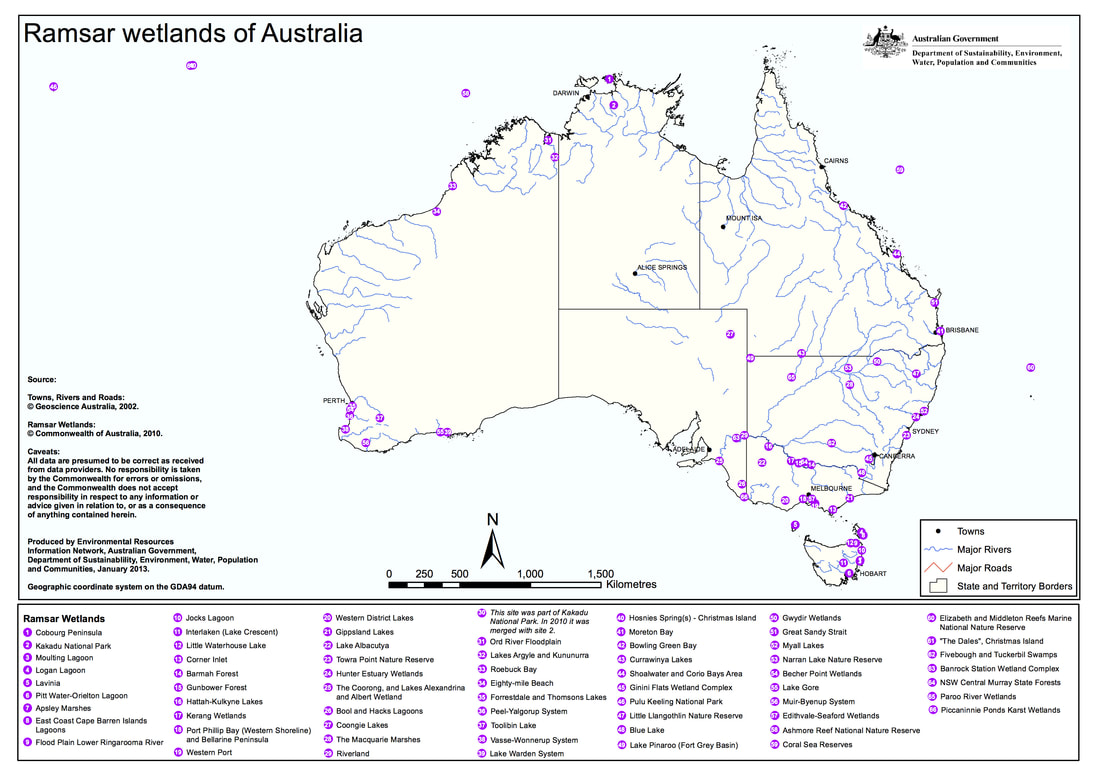